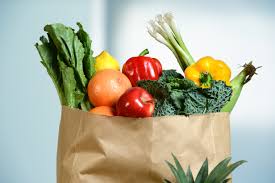 The first basic human needs are physiological ones : eating, drinking, sleeping or breathing. To date, despite a decline in the number of people undernourished since 1991, inequalities persist and 1 in 9 people remain undernourished. Regarding freshwater, it represents only 0.7% of the water on Earth according to recent estimations. It is already a source of conflict between nations since its importance is undeniable: water is what we have most precious on Earth. We can already see the limits of our system and we expect 2.5 billion more people by 2050.

In the same vein, we can see that the phenomenon also affects access to proteins, which are vital to the proper functioning of the body. The recommendations for proteins are 60g per day and per person. As with calorie intake, nearly 50 countries are below recommendations. The most protein-consuming countries are above 120g per day per person. The gap between poor and rich countries is once again demonstrated. Both maps highlight the numbers.

Beyond the statistical information that the previous maps give us, they are also a good indicator of malnutrition. The term “malnutrition” defines both nutritional deficiencies and food overages. In a general way this term defines the imbalances of the nutritional contributions. Malnutrition therefore spares no country, only the group to which each of them belongs differs. The first group defined by the WHO is undernutrition, which includes the low height-to-age ratio, called stunting, the low weight / height ratio, called emaciation, the low weight / age ratio, called underweight, as well as various micronutrient deficiencies. This group concerns 2 billion people, mainly Africans or Asians. In contrast, the second group concerns people with obesity, overweight or diet-related noncommunicable diseases. As many people are affected by undernutrition as by overnutrition.

The reasons for this malnutrition are difficult to detect. Nevertheless, concerning the countries or the regions of Africa and Asia, 3 main causes are at the origin of the malnutrition issue. These are the increasing number and intensity of conflicts, the climate change which affects crop growing, and the financialization of the world. Wars and conflicts, as well as climate change, will not cause this malnutrition if they did not reach already weakened countries, which have no or little food reserves. Indeed, some conflicts have lasted for many years in the majority affected regions, such as the Central African Republic. Added to this, there is the purchase, or the grabbing, of significant agricultural land by various multinationals, particularly in Africa. Globalization helped by the financialization of the world are the source of these low prices land purchases. For rich countries, also affected by malnutrition, the reasons are much more diverse, stemming mainly from their lifestyles and the consumer society in which they live.