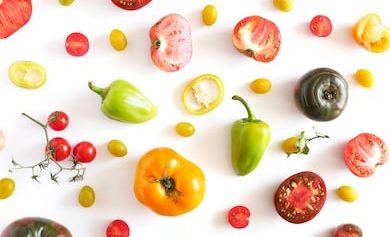 With this fast evolution of the human population, it is legitimate to ask how to feed all these people, especially with the reduction of arable land. It is urgent to find new food sources. From insects to urban agriculture, to meat in vitro, new trends are already emerging to change our eating habits.

The first reason for this radical change in diet is the fight against hunger. FAO says “forest products, including insects, are essential to fight hunger”. Insects are rich in protein, low in fat and especially good for food. For comparison, it takes two kilograms of plants to produce one kilogram of insects, while eight kilograms are needed to produce one kilogram of meat. Insects are very popular in many countries in the world where more than 2 billion people consume some 1,400 species. Insects could be a sustainable and inexpensive alternative for ensuring food security for humankind. Coleoptera, caterpillars, ants, grasshoppers, crickets, worms, locusts and other bee larvae contain more protein than a steak and their farming have a much lighter carbon impact than that of cattle, pigs or cattle poultry.

Currently in the experimental phase, in vitro meat could in the coming decades help us to meet worldwide’s nutritional needs. Despite its price is quite high today, around 188 000 euros per piece, an industrial process could lower its price in the next few years, to reach about 55 dollars per kilo. This industrialization, does not lack investors with big names like Bill Gates (founder of Microsoft), Peter Thiel (a German investor very present in Silicon Valley, which supported PayPal and Facebook in their beginning) and Sergei Brin (Google’s founder).

Other solutions are also envisaged. Today consumed in Asia, algae could appear in the rest of the world. These aquatic vegetables have already proven their benefits especially in the fight against cardiovascular diseases, diabetes or hypertension. However, not all algae are edible. Today only 24 species are allowed for consumption in France.

More ambitious projects make us imagine a new form of agriculture. With the increase in the demand for food, and the decrease of arable land, it is urgent to find an alternative to classical agriculture, in the countryside. Urban agriculture could help us. There are already some urban farms, in England in a former anti-aircraft shelter but also in France, in Saint Malo where a young startup promises to grow plants in sea containers. In the future, some architects already imagine skyscrapers dedicated to farming.