The Slow Regard of Silent Things

Last time, I talked about Brandon Sanderdon’s Misborn trilogy. So, I thought I had to introduce you to his rival: Patrick Rothfuss. I think this is quite funny that he be his long-time rival as his writings are miles apart from Sanderson’s. Indeed, Rothfuss focuses on one story, The Kingkiller Chronicles, that takes place on a world we barely know anything about at first, but progressively happen to discover as details are revealed to he reader little by little to help us understand this world. What’s surprising is that the magic system is split into two: the rational system on the one hand, which is used to improve objects and is also taught at the University like every ordinary subject, and the real magic. This latter can only be used by a few people who know what’s called the Name of Things. It is the most powerful magic as it allows you to take control of an element if you know its name. 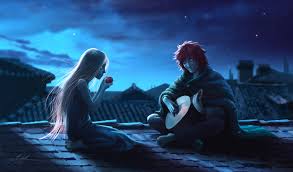 slow regard of silent things’ is a side story of this trilogy and focuses on a secondary character called Auri. She is very particular as she sees the world very differently from us. It can be seen in the trilogy but it’s made even more obvious in this book as she is the only character and we’re given her point of view, which can be disturbing at times. That must be why this book had two kinds of reviews: those who loved it, and those who really disliked it.

But who’s Auri ? She is like a wild child, a former student at the University (where magic is taught) that’s changed because of what she’s seen during her studies. She lives under the University in harmony with everything around her, whether it is animals, items, weather…and gives feelings to everything, even ash boards: “It was wise enough to know itself, and brave enough to be itself, and wild enough to change itself while somehow staying altogether true.”

In this book, we’re following Auri for a week in her everyday-life. It can seem boring at first but it’s written in such a beautiful way that when I first opened the book, I couldn’t stop reading until the very end. It is a really strange book as nothing happens, literally. It’s all about poetry and seeing the world in a new way…Auri’s way.

Patrick Rothfuss obviously knew not every reader would like it , that is why he added a pretty long preface explaining why he wanted to write this book and what it was all about. This really is interesting as he tells us a lot about his state of mind and that definitely allows us to better understand him onc eyou’ve started reading the book.

I highly recommend that you read his trilogy (the Kingkiller Chronicles) which is really well-written and, if you liked it, to give the Slow Regard of Silent Things a try.